Adam Gumbrecht is entering his third year as director of the Grand Ledge Community Band.  Outside the GLCB, Adam is a music educator for the Eaton Rapids school district where he is proud to serve as the director of bands for the high school as well as assisting in various capacities with younger students.  Adam is in his 17th year of teaching music and his 14th with Eaton Rapids.

A trumpet player by trade, Adam graduated from Michigan State University in 2003 where he was active in all aspects of the band program including concert and jazz bands as well as the famous Spartan Marching Band.  Adam also holds a graduate degree in educational technology from Central Michigan University that he uses primarily to enhance his teaching in the classroom.

Adam makes his home in the Lansing area with his wife Amy and their brand new family addition.

Glickman hails from the Cleveland suburbs, beginning his musical journey by playing the mellophone, but quickly switching to French Horn.  He first experienced the joys of Michigan when he attended the Interlochen Arts Camp on scholarship while in high school.

Before receiving his music degree from Indiana University, he served in the Army, playing in bands in the Washington area and Japan.

Once he received his degree, Ken and his wife, Karen (an accomplished flutist), came to East Lansing, where he taught band for four years. Ken was then appointed conductor of the Lansing Concert Band (LCB), and he took the band on tour to New Orleans, Dallas and Minneapolis. He currently plays with the LCB horn section and occasionally guest conducts.

In addition, Ken has been the music and theater columnist with the Lansing State Journal since 1982 and has a blog called glickarts.blogsot.com.

The Grand Ledge Community Band was formed in January 2009 and has been an excellent outlet for musicians of all ages & abilities to perform in various concert band settings.

Traditionally the band will perform 5 concerts throughout the school year months, as well as an optional parade marching opportunity. The band rehearses Wednesdays from 7-9pm at Hayes Middle School starting September 4th, with our first concert on October 30th.

Those who would like to learn more, or to join, are encouraged to show up and learn more!

See your photos on the site 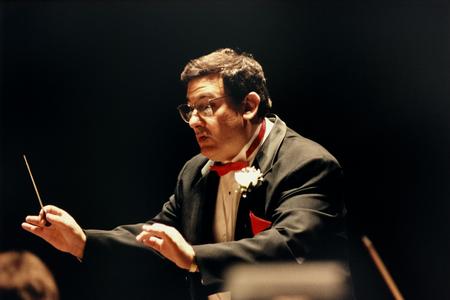 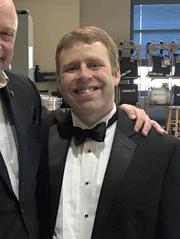 If you have photos of our band or members and would like to contribute to our site, please send them to pbarger72@yahoo.com